It’s the shoe made famous by the one and only Kanye West. The Adidas Ultra Boost even made an appearance on the new E! television show, I am Cait, where Kanye rocked a full white version. A friend who wears this shoe recently told me: “Kanye West likes it. That’s a plus in my book!” Regardless of whether you agree with this sentiment or not, the Adidas Ultra Boost has been getting a lot of attention lately. Available in 8 different color combinations, it’s a road shoe that ditched the tongue and instead has a one piece knitted upper that is super breathable. 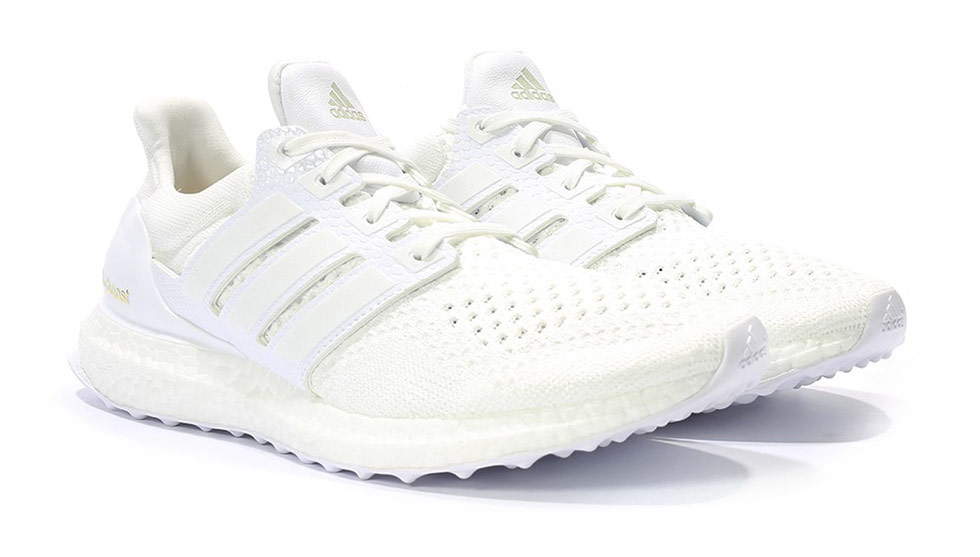 Adidas has called the outsole of the Ultra Boost “Stretchweb,” which is a most appropriate name. Indeed, like a web, rubber stretches across the bottom over what is essentially the midsole. At each web intersection is a small rubber “knob.” They are part of the structure that is supposed to flex with the foot, but also compress and expand to provide that boost, for which the shoe is named. The knobs do create a bit of bumpy feel initially but through use they wear down a bit.

After several weeks of use, the outsole is showing wear at the locations that are typical for me, namely at the forefoot and towards the lateral (outward) direction. In general I’d say the wear isn’t bad for the distance I’ve put on it. Overall, the wear on a shoe is very individual because it depends so heavily on each runner’s own footstrike. I’d wager that I could get at least 350 miles out of the shoe.

More than the outsole, the midsole is what the Adidas Ultra Boost is all about. Adidas Boost first hit the market in 2013 as the newly engineered material that gives athletes the most amount of cushioning on the market. The Ultra Boost is its upgrade, offering 20% more cushioning in both the forefoot and heel.

The foam midsole is what my eyes were immediately drawn to when I unpacked the Ultra Boost. Thick, wide and patterned, it’s brightly white in all color models. Unlike most running shoes that have a midsole made from EVA foam, the Ultra Boost’s midsole is made from thermoplastic polyurethane (TPU). It’s the same material most of your cell phone covers are made from, but basically it’s strong, elastic, and can endure huge temperature changes. Adidas describes their midsole as being made from “thousands of small energy capsules” that absorb and release energy.

At the macro level, the shoe is visibly cushioned. It has a curved appearance so the toes are angled upwards with a lot of toe spring. The Ultra Boost is a neutral shoe but has a stack height of 27 mm at the heel and 17 mm at the forefront. A 10 mm (about 0.4 inches) offset from heel to the forefoot places this shoe in the medium stack height category, but it’s on the upper end of what I tend to run in.

Sitting inside the midsole is the Torsion System. You can see this yellow plastic piece through the outsole on the bottom of the shoe in the image below. It extends medially (towards the body) at the forefoot and the heel. The design goal is the separate the motion of the back and front of the foot so that these parts can move independently from one another. In other words, this support system should help your foot bend and move more naturally, sort of like a wave, rather than striking the ground as one big block of mass.

At the heel, the midsole is quite the massive platform. It extends horizontally in all directions and curves back in to meet the upper of the shoe. More on the performance of the shoe later, but given the size of the heel, it was almost impossible not to strike the ground with the full length of the shoe. 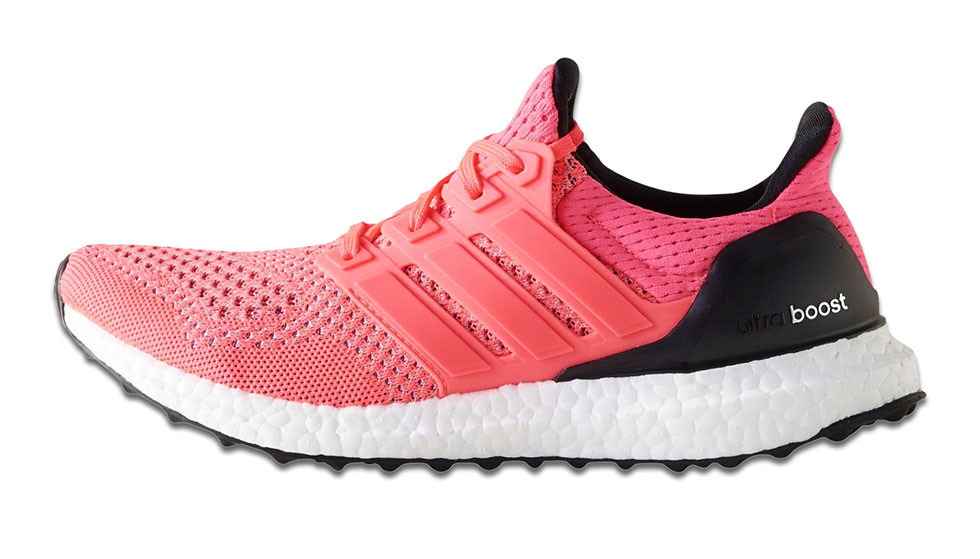 As I highlighted in the introduction, the Ultra Boost’s upper is just one big piece and it doesn’t have a tongue. The fabric is a knitted mesh called Primeknit. As you’d expect, it moves with your foot and should, over time, adapt to each foot, expanding at locations where your foot rubs against the inside of the shoe. Despite this unique construction, the upper extends quite a ways upward at the front and back of the ankle. It looks dramatic in size simply because the collar of the shoe (the opening around the ankle) has a “Bootee” cut so the sides are cut farther down.

The outsole reaches up at the very front of the shoe, protecting a bit of the toebox, but otherwise the upper lacks any overlays at the front of the foot. The knitted fabric is obviously very pliable and creates a spacious environment for the toes. This was one of my favorite features of the Ultra Boost. I loved that my toes could extend outwards and upwards without touching the sides of the shoe.

At each side of the shoe, extending from the midsole to the lace holes are plastic overlays in the form of the iconic Adidas brand stripes. However, they are attached only at the midsole. It seems a little strange at first but you quickly realize that this allows the plastic conform to each athlete’s individual foot shape. The shoelaces string through this plastic overlay. This feature has two benefits: 1. The laces stay on top of the upper and don’t actually come in contact with the foot, and 2. It ensures that the lace holes remain sturdy over time.

Finally, the last major feature of the upper is the heel counter. It’s one of the features that Adidas highlights on their website. Made from a solid plastic, it really wraps around the heel. However, at the very back of the heel there’s a roughly 1” by 1.5” cutout where the heel counter is replaced by the knitted upper. This design is meant to allow the Achilles tendon to move naturally while still stabilizing the heel. The plastic construction of the heel counter means it’ll retain its shape and it has very little effect on the shoe’s pliability.

For me, this is one of the most interesting points when it comes to the Adidas Ultra Boost. A one-piece upper means you can slide into the shoe without having to untie them and, as Kanye articulated, you don’t even need to tie the shoes to begin with! Leaving the laces open and dangling about like he does isn’t exactly favorable for running but, alas, it’s an option. I personally felt that with the one piece upper I had less control over the tightness. Tightening is an option but a looser fit isn’t. Rather than calling this a negative point, I would simply call it “different.” After all, if you were the kind of runner who needs a ton of space, most likely you wouldn’t be drawn to this shoe in the first place. Overall, the shoe feels snug forwards of the heel, but really opens up at the midfoot.

I tried a normal size and felt that in terms of length, it was the right fit for me. I can see why many runners have opted for a half of a size smaller than what they typically wear. I could have easily and comfortably gone a half size down. Overall I’d say it would be a good idea to try the Ultra Boost on in a store before purchasing it, just to make sure you get the best size. 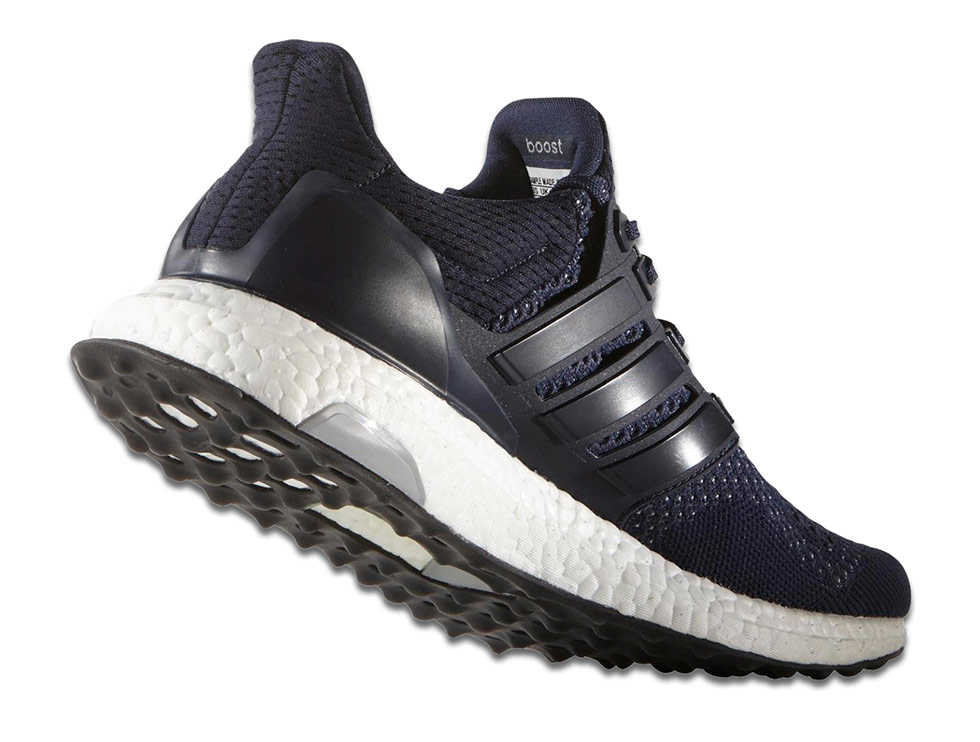 When it comes to cushioning, the Ultra Boost lives up to its name. If you’re a heel striker, the extra padding is likely very comfortable. For the rest of you, the curved design of the midsole means you’re most likely to strike the ground flat. Even going up inclines it felt like my foot was striking flat, a feeling most likely attributable to the higher stack height. For how much cushioning the Ultra Boost offers, it’s also on the plus side of light (a women’s size 8 shoe weighs 9.8 ounces). Furthermore, it’s actually extremely pliable.

Gripping is good even on wet concrete, though the shoe tends to slip around a little on wet loose material. That being said, the Ultra Boost is a road – not a trial – shoe.

After running in the shoe on several runs, I did notice some pain in the arch of my left foot, which is quite unusual for me. After surveying other reviews, I noticed that I wasn’t the only person who observed this. I can’t say for sure what could have caused the discomfort but it did feel like the shoe was pushing my ankle inwards. Despite this, I’d still consider retaining the Ultra Boost in my training rotation. 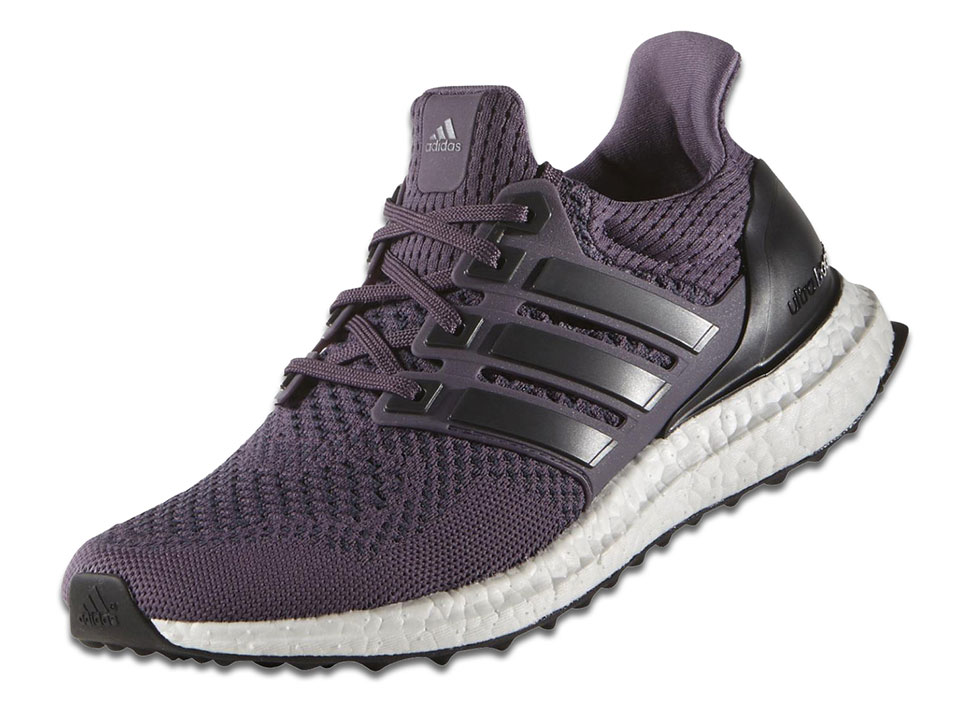 With a knitted upper so comfortable and breathable, the Ultra Boost is a dream for those of us who love room for our toes. It retails for $180 (lower at the links below), which is a higher price tag than many trainers carry these days, but the Ultra Boost a solid road option for runners who love cushioning.