There are so many different ways in which our outdoor apparel can be ruined. There’s certainly tearing or general breakdown and I’m sure that more than one boot has met its end to the teeth of a puppy.

However, one of the things that we don’t always consider (until it’s thrown in our face) is the steady march of moisture and the bacteria, mold and such that can come along with it.

Today, I’ll be giving you guys a look at a piece of gear that will probably never leave your house but I’ve absolutely come to see it as an integral part of my gear arsenal. Let me introduce you to the Force Dry from DryGuy.

As of winter 2021-2022, looks like a bunch of retailers have opted to carry more expensive models. Amazon is still carrying this basic model, as well as the full DryGuy line up/

All DryGuy on Amazon

The DryGuy Force Dry comes in at roughly 8.5 in X 10 in X 4 in ( 21.6 cm X 25.4 cm X 10 cm) and is made primarily from plastic all in a 3.25 lb package. The base of the Force Dry rests on four, felt-padded feet for vibration and sound control reduction (though as I’ll talk about more in a second, neither would be a problem regardless).

On top of the base, we find a timer control knob which goes from “off” up to a maximum of 180 minutes. Attached to the underside of the base is the power cord which uses a standard 120V AC household outlet. 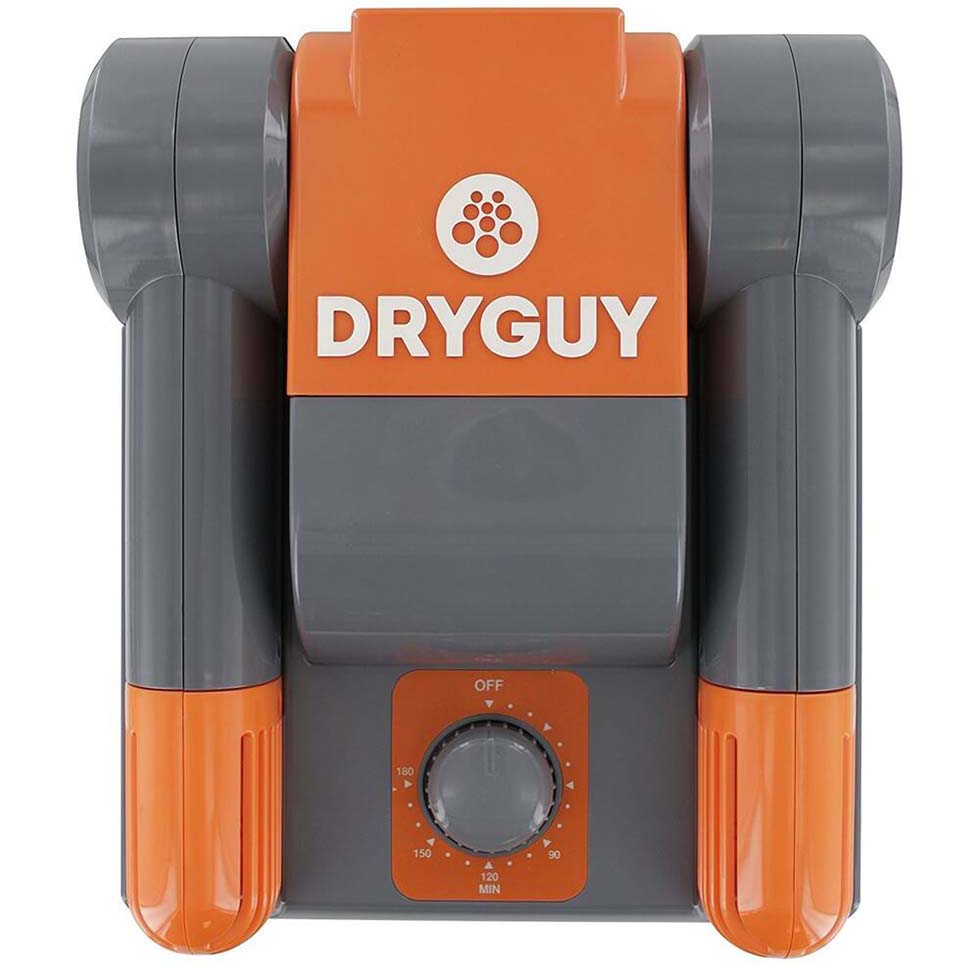 Above the timer and on each side of the unit is a 10 inch (25.4 cm)telescoping (which extends to 12.5 inches (31.75 cm)) arm which stores in a down position but stands up perpendicular to the base or fully 180° from its storage position should you need that position.

Each arm can extend an additional three inches for taller boots.

At the top of each arm is an orange cap which is slotted where the air escapes into whatever piece of gear is being dried or warmed at the time.

Perhaps one of my favorite aspects of the DryGuy Force Dry is the fact that the entire thing is about the same size as a pair of shoes so, to put it by your footwear in a mud room or something isn’t taking away valuable space.

From a durability perspective, the Force Dry feels well put together although I don’t really see the need to some kind of super-rugged over engineering of this thing because it’s simply meant to rest on the floor and do its thing – something which it has done for me without fail. 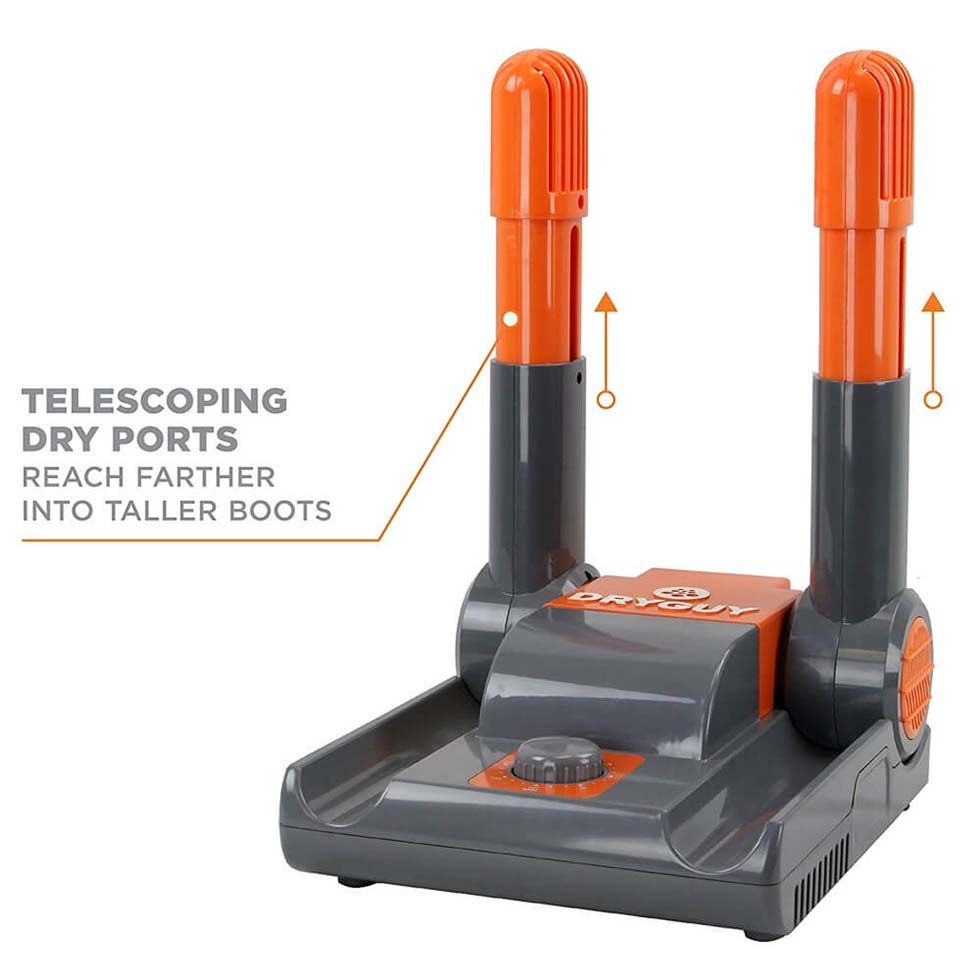 Before I get into talking about the actual performance of the DryGuy Force Dry I want to take a second to give you my impression of pieces like this prior to having this one arrive at Gearist HQ.

Honestly, I always looked at boot/glove dryers as kind of a waste of money and space. I mean, why not just shove some newspaper in your shoes/boots and let that take care of it (still a viable option when nothing else is around)? However, I can honestly say that I would now have one of these guys in my setup no matter what and here’s why:

The first thing that I should say about the performance of the Force Dry is that it is quiet, like very quiet.

The first time I used it I was watching some TV after a wet day on the bike and my shoes were in desperate need of being dried out.

The Force Dry was sitting within six feet of my ears and I’d completely forgotten it was even on until I got up to go to bed and turned the TV off when I heard a faint whirring.

Not only is this indicative of the Force Dry not being loud and annoying but it also lets you hear that it’s not trying to just ram a bunch of hard-blown air into your gear to get the drying done. 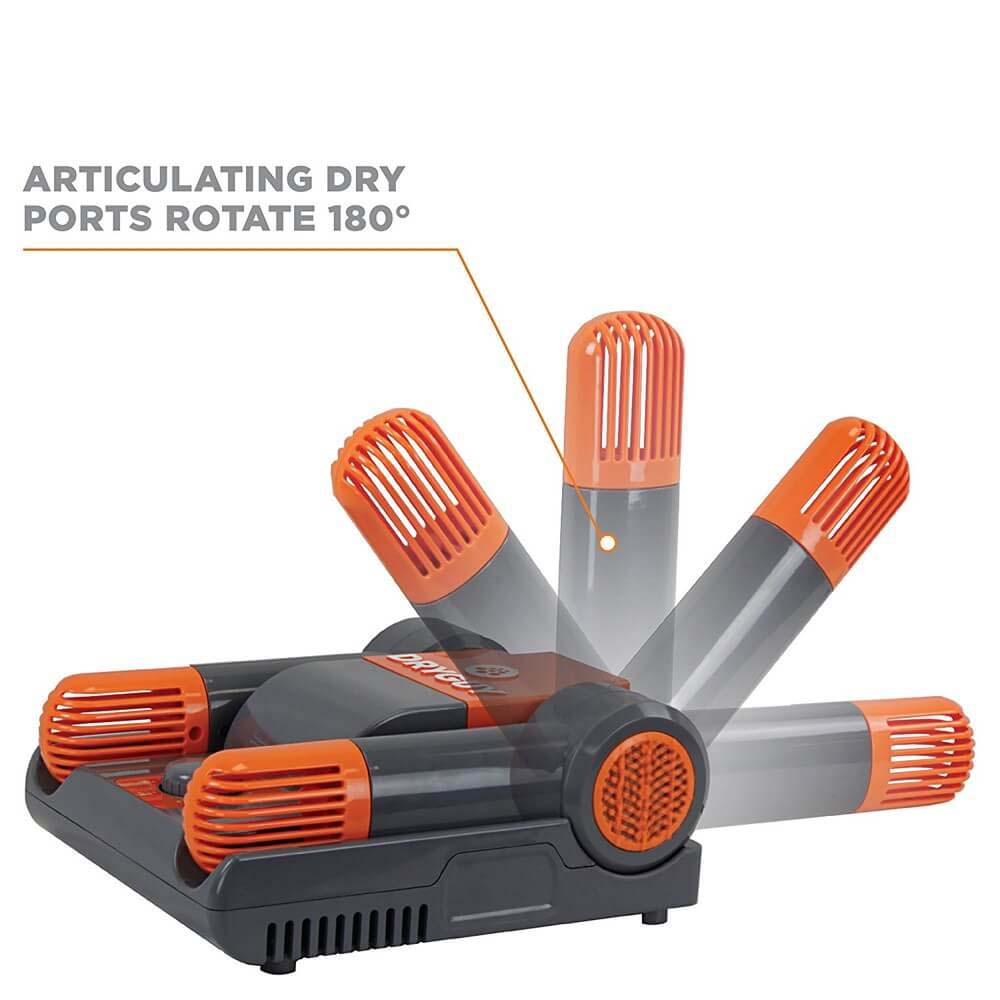 Second, using the DryGuy Force Dry is really simple and setup was roughly 10 seconds straight out of the box (and probably would’ve been less if I didn’t have to take it out of the plastic bag it comes in.

After it’s plugged in and the time set, it’s simply a matter of putting whatever shoe, glove, boot or whatever else onto the desired arm.

I’ve used the Force Dry with running shoes, winter gloves, hiking boots and cycling shoes. With running shoes being so open and mesh-based, they definitely tend to dry the easiest of the footwear.

The cycling shoes which most found their way into the arms of the Force Dry have a fairly padded collar area and the body of the shoe is mainly leather. In that case, the front two-thirds of the shoe dried out well while the rear collar seemed to have absorbed a lot of water and since the foam was backed with leather, the opportunity for airflow through the foam wasn’t great so it took longer than the rest of the shoe.

While I haven’t yet used the DryGuy Force Dry as a gear warmer since I got it in the spring and winter had already taken its leave, I have to admit that I’m excited to slip my feet into some pleasantly warm boots and gloves this coming winter (insert your GOT, “Winter is coming” jokes).

I think it would be ideal to flip on the Force Dry for a solid ten minutes just to warm things up before heading out into winter’s bite.

One of my concerns with the DryGuy Force Dry was certainly whether the warm air being blown into my gear would cause faster breakdown of adhesives and such.

I have to say that that has not been an issue for me at all.

For one, the maximum temperature of the air being blown out of the Force Dry is 105° f which is barely over body temperature.

Second, and I have to believe is a more significant factor in drying your gear, is the fact that the air is constantly moving and circulating thanks to the rounded shape of the arm ends as well as the same of the insides of most shoes.

Just to add some context to the timing of drying, I found that most running shoes and glove dried in about one to two hours while hiking boots took a bit longer (though most of my hiking boots are waterproof so only a couple got truly wet).

What seems to cause longer dry times, as I mentioned in my cycling shoes above, was so much the size of a particular product but rather, whether air was able to flow through something rather than just on top of it.

In the case of those cycling shoes, it took every bit of four hours to be completely dry – though they were fine to wear after probably two and a half hours. 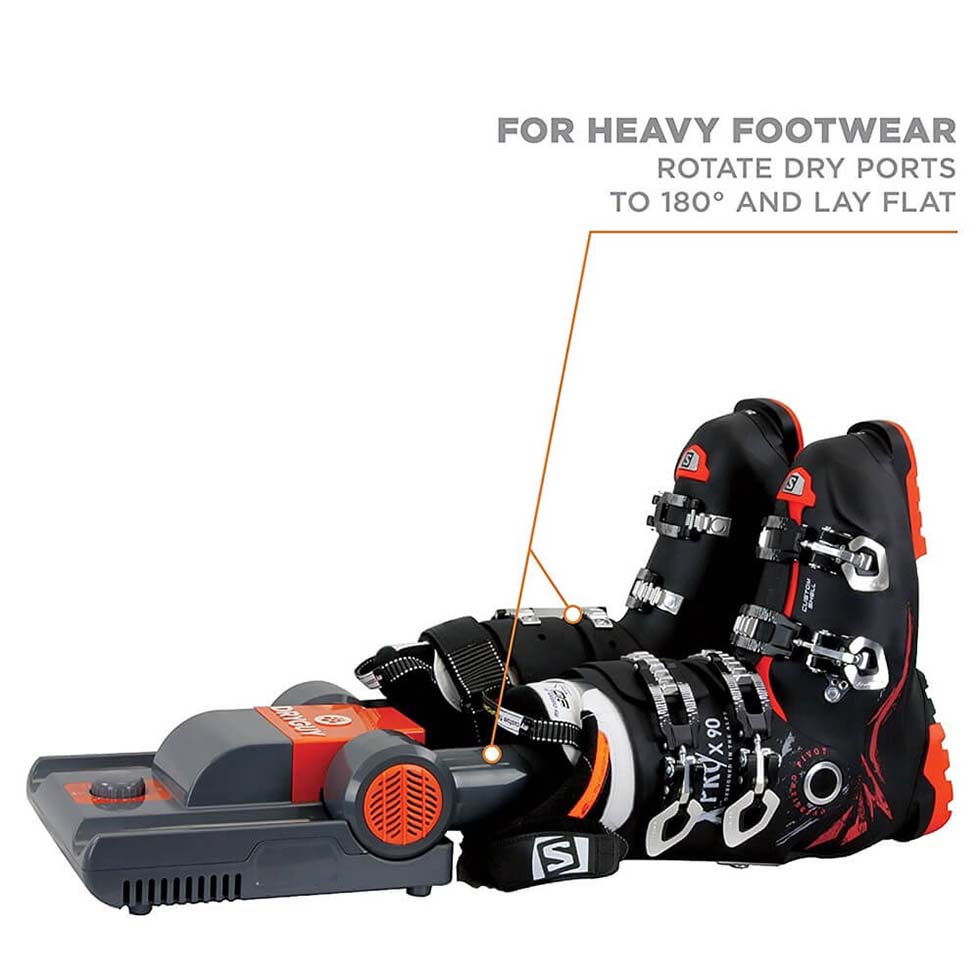 Now, I’ve just told you how much I like this thing but things do come at a price, don’t they? Well, in this case, I was VERY pleasantly surprised at how affordable the DryGuy Force Dry was with a price tag of just $50 (though, as always, definitely check the links below to see if we found it for less).

To me, this makes the Force Dry a no-brainer to get your hands on. This is not only because it’s a solid price but the money it can save you in not having to replace ruined gear is FAR more worth it.

There are also even larger (and smaller) pieces from DryGuy which can handle things as large as waders or small enough to pack into your dop kit.

All DryGuy on Amazon

Do you have a dryer that you swear by? Tell us in the comments below!