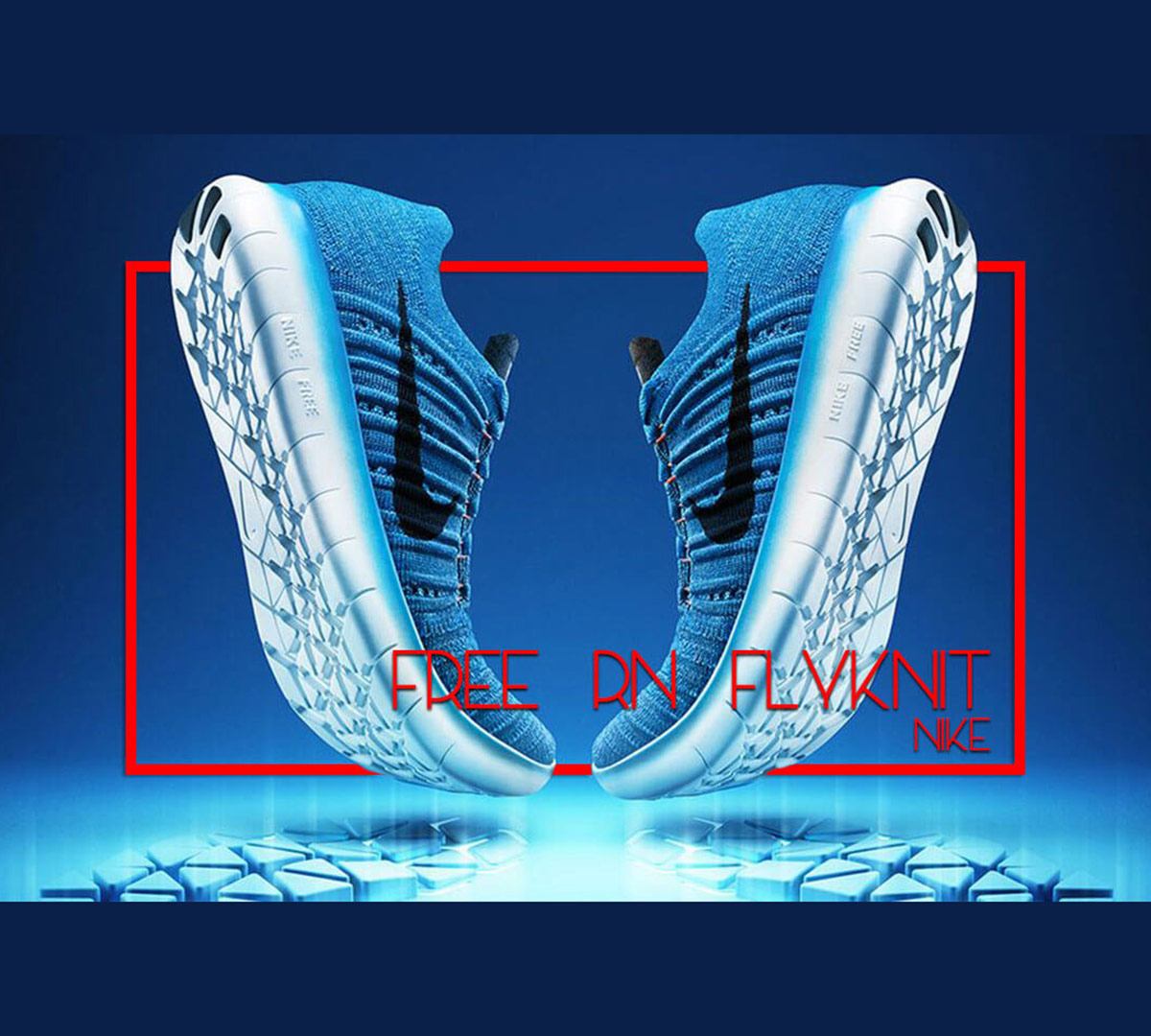 Nike has recently revamped the naming and approach to their FREE line of running shoes. In the past the shoes have been classified as a 3.0, 4.0 or 5.0 denoting thing amount of cushion by way of material underfoot. Now however, the Swoosh has taken a new direction with a more uniform stack height while allowing different levels of flexibility by way different geometry in the sole unit. These new shoes are the Free RN, Free RN Motion and Free RN Distance. The shoe of choice we’ll be looking at today is the equivalent of the former Free 4.0 Flyknit and that is the Free RN Flyknit.

It’s been a while since we’ve done this but since the sole unit of the Nike Free RN Flyknit is such an intrinsically linked outsole and midsole, I’m going to be talking about them as a unit rather than as separate parts.

If you’re ever used a Nike Free shoe in the past then you know the smooth texture of the hybrid material. Lighter than a more traditional blown or carbon rubber but more durable than just foam, the only areas where actual rubber shows up is in two pods at the toe and 3 pods at the back of the heel. The foam of the midsole part of this shoe is a next-gen fused Lunar core with injected IU (IU002) foam for updated cushioning. Durability with ~40 miles on the shoe is quite good and I didn’t feel any need for a break-in period.

Where the truly interesting part of the sole unit comes in is with the introduction of Nike’s Auxetic Tri-Star geometry. Auxetic refers to a material (often a foam) that actually becomes thicker perpendicular to the force applied. In other words, it you pull on the short sides of a rectangle, the long sides will expand (see image below).

From a design perspective, this means that the sole unit is broken down into bunch of segments laid out across diagonal and sagittal axes and when the runner applies weight to the shoe, the sole unit expands to account for the foot’s natural expansion. This, in addition to the material cushioning of the foam, accounts for a nicely cushioned feel with the flexibility of a much more minimal shoe.

I’ve long held the belief that Nike Flyknit uppers are pretty much the best in the game – especially when it comes to paradigm-shifting innovation and comfort. Continuing the evolution of its predecessor, the Nike Free Flyknit 4.0, the Nike Free RN Flyknit is made from a single-seam constructed upper. The only seam is on the medial side and extends roughly from the top eyelet, diagonally down and back to just in front of the heel. The front two-thirds of the upper is a ribbed looking/feeling knit (as the name would suggest) which includes stretch where it needs to be (particularly in the vamp, over the toes) and a more static, or non-stretchy, weave where applicable. The rear third of the upper is a status mesh which gives more structure to the heel counter area without sacrificing any flexibility. The lacing which is integrated with the ribs of the Flyknit is Nike’s Flywire lacing system which moves and works with the foot through the gait cycle.

From the second I put the Free RN Flyknit on my foot I loved the way it felt. On a bare foot (if running sans socks is your thing) it feels pretty much like you’re simply wearing a comfortable sock. The one seam on the medial side blends in well with the rest of the upper and I didn’t notice a thing. There is a tiny bit of stretch in the laces which, when combined with the Flywire, allows the foot to be held in place firmly but without feeling too locked in. 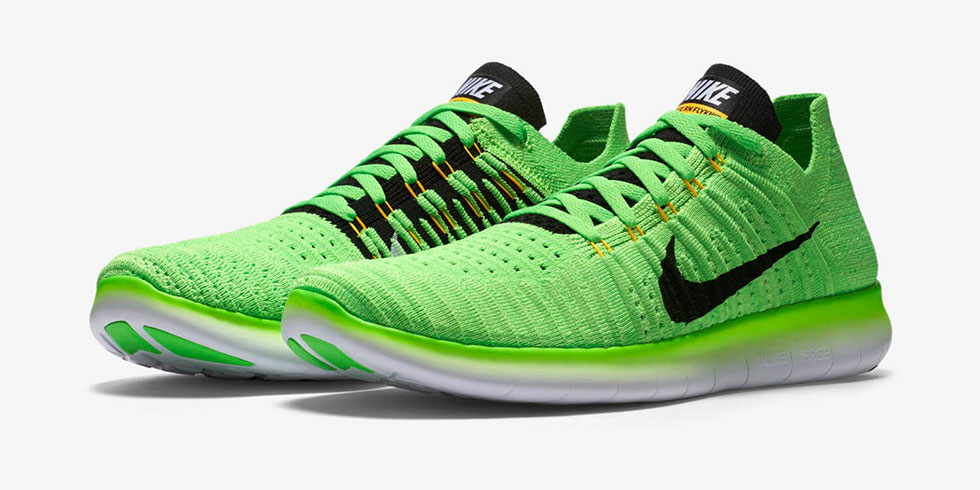 Since I just finished talking about the upper, we should continue down that road when speaking about the fit of the Nike Free RN Flyknit. If you’re someone who is used to having to hammer down on laces (which you should never do, btw) then getting into this shoe may be a very different experience from what you’re used to. As I mentioned above, the shoe fits like a comfortable sock with a good amount of stretch to it. In the heel, with almost no give in the Flyknit, this isn’t such a huge deal although the flexibility of the static fabric hugs the heel nicely. In the midfoot, you can really feel the “hug” of the upper which then flows down into the top/back part of the toe box.

Now about the forefoot and toe box – if you’re a frequent reader or viewer of Gearist reviews then you know that having a good toe box which is built like a foot is a big point for me. In the case of the Free RN Flyknit the forefoot, across the metatarsal heads is fantastic without being swim thanks to the stretch of the upper. The toe box is also on point though this is where I should talk a bit about sizing. With the desire to give the shoe lots of room to move and shape itself according to the foot of the runner, there is a bit of extra room on the front end. For me, this was never an issue and while I feel like the shoe had extra room, I didn’t feel like it was large enough to warrant going down a half size. However, if you like a more snug fit or if you’re in between sizes, I’d definitely recommend going down a half size. 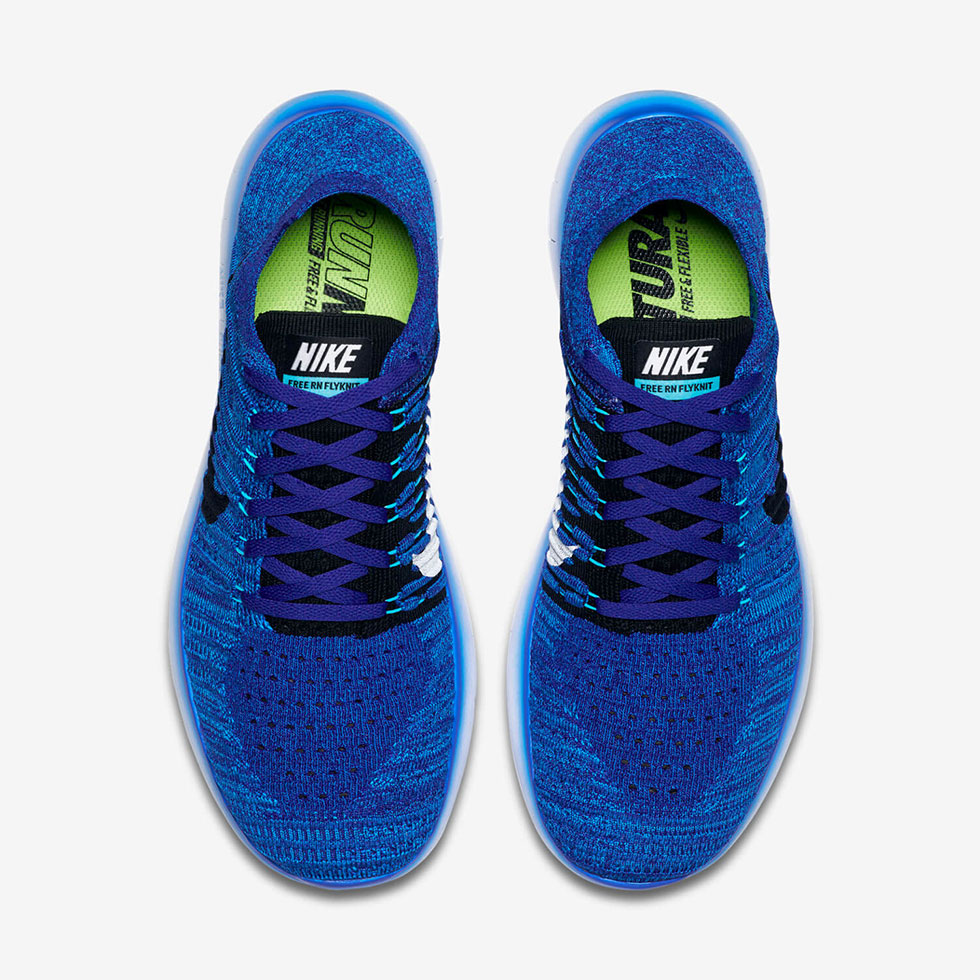 The ride of the Nike Free line has been something of contention for some people since the line launched. People who wanted flexibility and a more natural, in-touch-with-the-ground feel got themselves some Nike Free’s and went on running as normal. However, sometimes people would wind up with tired or worn feet because they were in a shoe that now asked more of the musculature of their feet and something like that takes time to build up. For now let me just say that while the whole “minimalist” movement is waning, I think that’s more of a perception than a reality. That movement kicked off an evolution in running shoes which now finds elements of more minimalist shoes and geometry in many of the mainstream shoes in a brand’s arsenal.

The ride of the Nike Free RN Flyknit feels a bit more cushioned than that of the Nike Free 4.0 Flyknit. I think the main reason for this, apart from the new auxetic try-star sole unit, is the fact that the arch has been made much more level whereas in its predecessor, there was a bit of a bump. I do love the amazing flexibility of this shoe and the 8mm drop (24mm of stack in the heel and 16 in the forefoot) doesn’t bother me in the least. My size 11’s come in at 9 ounces per shoe which is not the lightest thing in the world, however, with the way this shoe fits and just disappears on your foot, it feels and runs like a much lighter shoe. 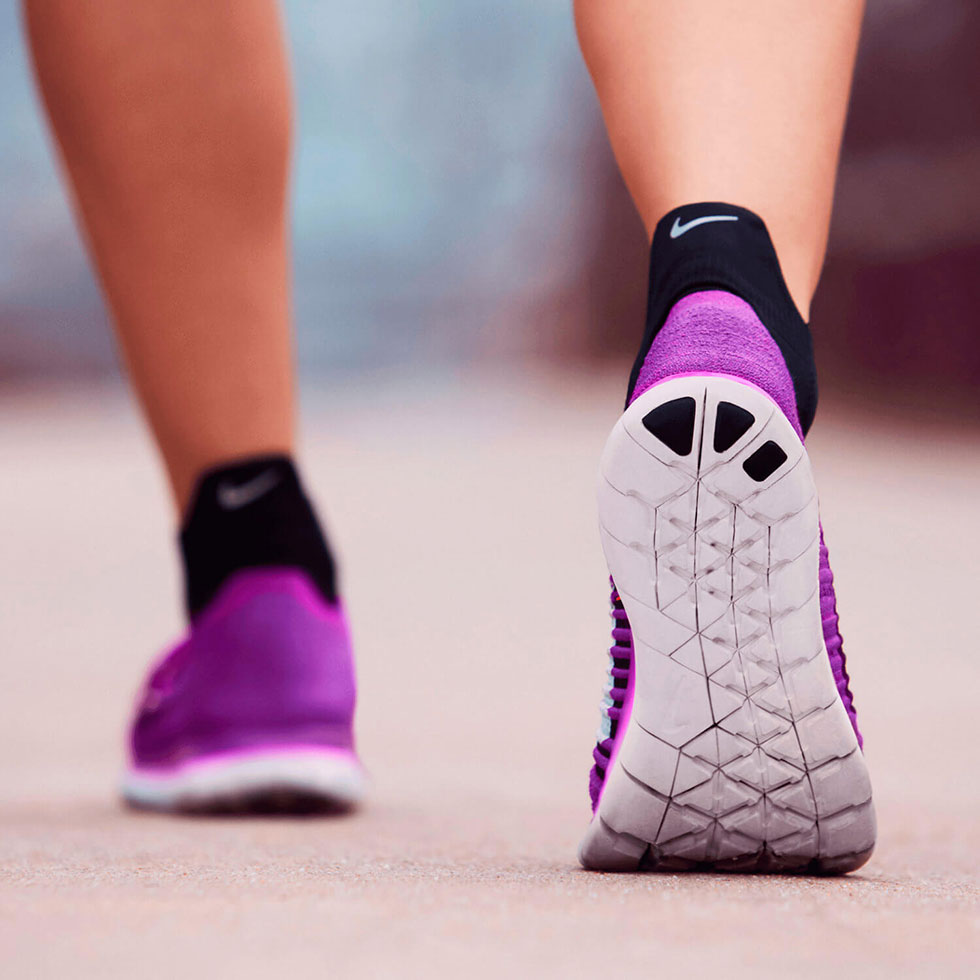 I mentioned i another review recently that I’d noticed a small uptick in cost of running shoes across the industry and in this case I see it too. The Nike Free RN Flyknit comes in at $130 (it’s predecessor, the Nike Free 4.0 Flyknit came in at $120) and while I’m not super turned off by that price, I would like to see it at that $120 mark.

This is a very solid running shoe. If you like a lot of flexibility and not a ton of material “pop” from a stiffer midsole this ride is going to hit a sweet spot there. The upper is fantastic and anyone who’s looked at a Flyknit shoe and just hasn’t taken the leap to try it on really should. Nike has done a good job here and keeping this off your feet  when you’re not running is probably going to be the hardest part of putting this shoe in your closet.