Why does running make me poop?

How To Swim, Bike, Run 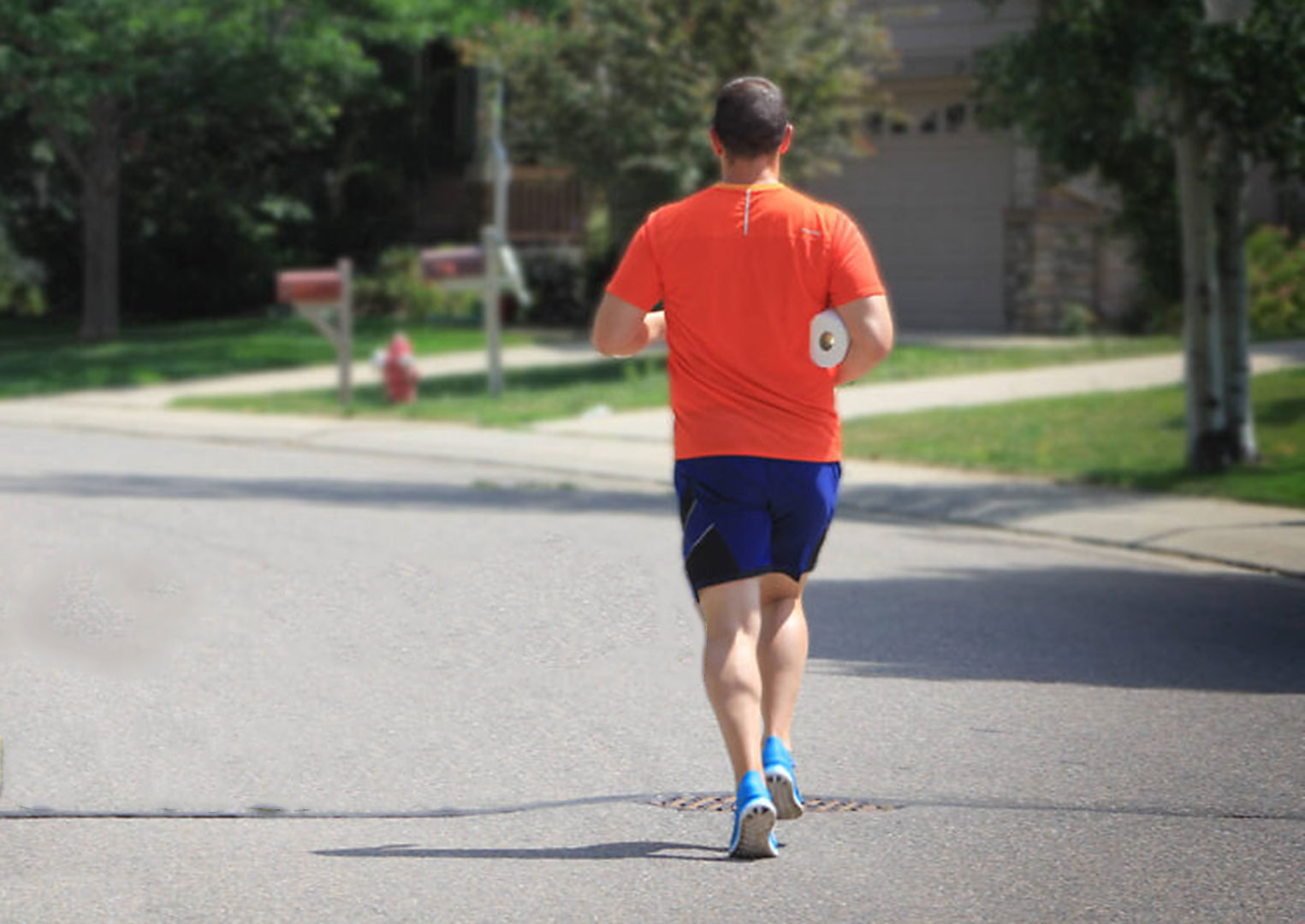 I was only 3 miles into my first half-marathon when I felt the grumble. It wasn’t long before sweat pearls started accumulating on my forehead, and not because I was running.

My friend and I had planned to complete the whole race together and as she was chatting about the beautiful Florida day, my thoughts turned to concern. I knew this sensation all too well and it told me that I was in for a long race. We trudged along but the feeling got worse. The grumble turned to pressure and bouts of stabbing pain in my abdomen.

I couldn’t avoid it any longer: I needed to poop.

Read the whole series
Part 1: Why does running makes me poop?
Part 2: How can I prevent myself from having to poop while running?
Part 3: How to make yourself poop when you want to.

Why does runner’s diarrhea (aka “Runners trots”) happen?

There are a ton of reasons why you can find yourself racing for the bathroom due to less-than-voluntary bowel movements. It could be something you ate – especially if you have specific food sensitivity. It could be a condition like irritable bowel syndrome or even acid reflux. Or, something that’s more related to the symptoms of runners we’re looking at today, it could simply be race day nervous stomach.

When you exercise, food does not take as long to move through the large intestine. One part of this equation is that exercise increases your heart rate and your breathing, which stimulates other muscles, including those of the intestine. The more this turns into intense exercise, the more it can affect your digestive tract.

The other part of this is that because the food moves more quickly, the body has less time to absorb water from the stool. With more moisture, it simply moves through your body more with the speed of Meb Keflezighi than with that of your average marathon runners.

Despite the incredibly strong urge to empty my bowels, I tried to play it off as best as possible. My friend kept chatting and it became harder and harder to focus on what she was saying. I scanned the race route for Porta Potties, all the time calculating a ratio of how badly I had to go and how badly I wanted to avoid going in a Porta Potty.

Only single Porta Potties dotted the race route, out in the open and often already occupied. I put my head down and decided to hang on for dear life.

By mile 11 my body was not having it anymore: it needed to go down (and out) now. My pace slowed so I told my friend to keep moving along without me. I tried to phrase it as a concern for her race time but really I just desperately needed to be by myself. She took off and I kept moving.

I made up my mind to head to the nearest Porta Potty and just take care of business. Of course, this close to the finish, not a single one was in sight. I had no choice but to pull myself together and crank through the last 2 miles.

By some miracle I made it to the finish, collected my race medal and headed straight to the nearest Porta Potty. While my story has a semi-happy ending, it wasn’t the last time I went through this crappy experience.

What’s the science behind diarrhea in runners?

Exercise in general seems to get things moving. However, what’s interesting is that distinct differences exist in the gastrointestinal issues experienced during running versus cycling. A 1999 study published in the American Journal of Gastroenterology surveyed runners, cyclists, and triathletes to determine the prevalence of gastrointestinal (GI) issues in these three sports.

Why the difference? Scientists can’t say for sure, but “intra-abdominal jostling” may be to blame; in other words, when you run, your stool gets tossed (jostled, if you will) around a lot more than when you are positioned on a bike and this can result in stomach issues. Some scientists hypothesize that this activity turns solid food into liquids, simply put, and liquids just move a little faster.

If you’ve arrived at this point in the article and thought to yourself, “wow, I’m super lucky I never feel the urge to go when I’m racing,” then you’re the target of my envy – and of many a runner. Digestive issues are extremely common for all levels of runners.

A 2000 study in Clinical Science that followed 29 athletes during and after an endurance triathlon found that 93% of them reported the sensation of belching or flatulence during and after the race. 37% – 71% of runners claim to experience lower GI issues while running or after they’ve stopped.

During maximal exercise, the blood flow to the gut can be cut down 80%, which presents a problem when your body needs to properly break down foods. We’ve already discussed that this can be a problem (remember Meb?) in delivering the much maligned loose bowel movements we all dread.

The good news is that you can work on this; better trained or fitter athletes have fewer GI and digestive issues than those who may have skimped on their training before a race. How is that possible, you ask?`

In our next article in this series we take a look at: How can I prevent myself from having to poop while running?

Running, especially long distance running is a fine balance of asking the human body to give you focused energy while also making sure that you’re giving it the proper food and plenty of water or sports drink to allow it to deliver.

Got any questions? Leave us a comment below let us know how you’ve dealt with (and hopefully begun to overcome) runner’s diarrhea / runners trots!

Jeukendrup A. E. et al. 2000. Relationship between gastro-intestinal complaints and endotoxaemia, cytokine release and the acute-phase reaction during and after a long-distance triathlon in highly trained men. Clinical Science 98:47-55. http://citeseerx.ist.psu.edu/viewdoc/download?doi=10.1.1.491.9884&rep=rep1&type=pdf

← How to make yourself poop when you want to. How To Prevent Catalytic Converter Theft: The No BS Guide. →